Eating My Way Through Portland- Part 3

Sadly, Monday came and it was time to go home....:( But not after a few more hours of shopping and eating!!!

Monday morning(ish) we had our first meal at a Kosher restaurant called Kenny and Zukes. I was a little hesitant when I first walked in. It looked kinda greasy, but with all the $12 sandwiches of a downtown restaurant. Being that it was a Jewish place, Raj ordered a Reuben and I ordered a bagel with nova lox (smoked salmon). So it was greasy, but it was the good kind of greasy- if you know what I mean. The kind that makes you say, "Mmmm, good fries," but you don't get oil all over your fingers, napkins, and clothes after. They also served good tea. And to me, when you really think about it, a good sign of how much a restaurant cares is the quality of its tea. 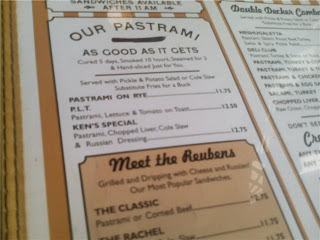 Well, we left pleasantly full, walked and shopped a little more, and then we were ready to hit the road and get back to reality. On the way out we stopped at Vodoo Doughnuts, which everyone who has ever been to or lived in Portland said that we just had to try, to get a snack for the road. It's one of those hole in the walls that's been all over the food network and travel shows and such because they offer gigantic doughnuts, and also regular donuts with crazy toppings like various cereals, oreo crumbs, and bacon. Although it was fun, I'm a doughnut purist, so I just got a maple bar. I have to hand it to them, I could tell they used real maple and their dough was pretty good. Honestly though, it's really hard to impress me after coming from Seattle, home of Top Pot and Mighty-O.

So, that was our trip in a nutshell! Now that I know how near Portland is, I definitely want to go back and explore more. It's definitely worth it, and, oh, I failed to mention that we saved at least $100 or so in not paying sales tax! I'd say overall I had a great birthday. Thanks, Raj! 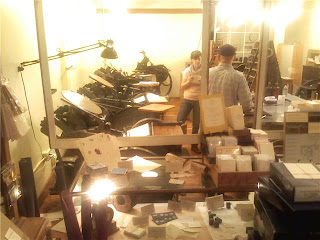