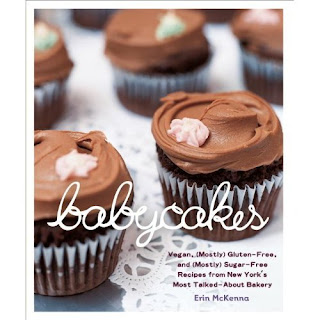 I try....I try very hard. Baby Cakes was the first of my first experiments with gluten free, dairy free baking. Here is what has stood out to me so far:
~ I had to spend $50 on various flours, and other new baking ingredients. I thought this would keep me stocked for a long time, but no. I have already run out of many pantry items and need to restock. This is an expensive endeavor.
~The first recipe I tried was the chocolate chip blondies. I was pleasantly surprised that it was pretty good. The next recipe I tried was for chocolate chip cookies. They tasted just like the blondies. As did the vanilla cake....
~I realized that all the recipes taste the same because the author uses predominantly coconut oil in every recipe. She then tries to mask it by several tablespoons of vanilla extract (which is also expensive, and I have used it all up as well).
~I then noticed that all the recipes- from cookies to brownies to scones- have the same texture. I'm assuming this is because these treats are lacking in what is supposed to give baked goods texture- gluten. Everything is very light, and slightly fall apart-y. This is great for a cake, but not for a cookie.
~Even though everything came out of the oven fairly the same, they did not all go in that way. I find this odd, because each recipe has very different ingredients. This brings me to my next point. In pastry school, we learned how to develop our own recipes based on basic quantities and ratios. For example, a cookie or cake usually has X amount of flour, Y amount of leavener, and Z amount of liquid. Even an avid baker can begin to recognize patterns in recipes, such as cookies commonly having two eggs and a teaspoon of baking soda. I noticed no pattern whatsoever in this book. One muffin recipe might use brown rice flour and potato starch, while another calls for spelt and 2 tablespoons of hot water. Even the sweeteners varied from evaporated cain juice to agave nectar to regular sugar. I can only guess that each recipe must have been developed by sheer trial and error. It felt more like chemistry to me than baking.
~All in all, the one recipe so far that I would make even if I didn't have to was the raspberry scones (I used blueberries). They were the closest to the texture of what I'm used to, and the coconut oil flavor actually worked with it
~Oh, one more thing: I noticed that if I freeze the cookies they almost taste normal.
Posted by Naka and Raj at 12:07 PM 1 comment: 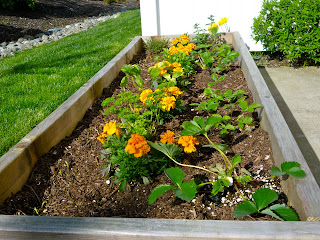 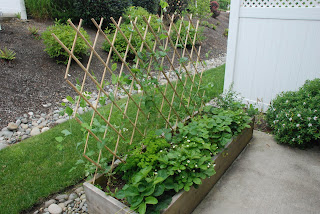 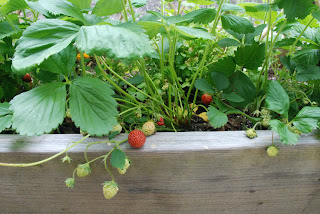 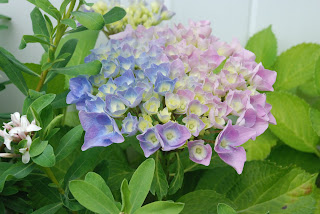 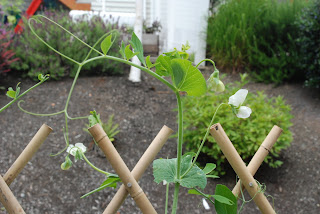 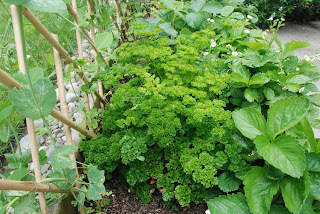 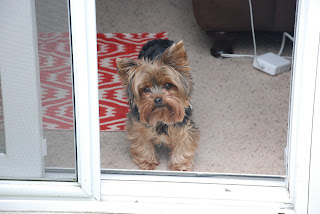 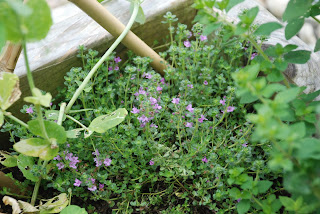 Brunch is the best meal ever. I know I have talked about this before, but I can't help but singing again about how much I love it.* I'm pretty sure it's because when I'm making brunch, 1) I've had a good night's sleep, and 2) I have nowhere to be, so I can be relaxed and take my time making an amazing meal- It's when I'm at the tip top of my culinary game.
Saturday morning (well, ok, around noon, but that's morning to me on a weekend), I went to the kitchen without a plan, but knowing there was a lot of vegetables and leftover meat that needed to be consumed. I hate throwing away leftovers, but I think I've mentioned that.** I took my inspiration from the great brunches I've had at the Caprice Kitchen in Ballard, and about 30 minutes later we had one darn good meal.
I made a shredded chicken and potato hash with baby greens, onions, parsley, cilantro, oregano, thyme (all fresh from my garden!), and smoked goat cheese. I topped it with some California avocados- hand picked given to me from my wonderful friend's front yard- and a fried egg. Along with all that, we had the last few strips of Thundering Hooves Ranch maple smoked bacon and some good breakfast tea. I had a piece of toast.
Oh, and since I have had some "reader requests," here is a picture of me making brunch: 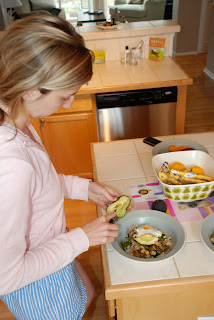 And a picture of the finished meal: 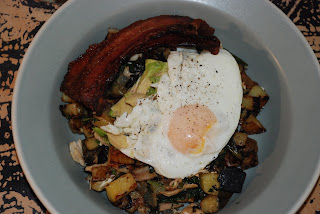 The review on www.snooth.com says:
"Bordeaux Blend of 44% Cabernet Sauvignon, 26% Merlot, 25% Syrah, 5% Malbec.
Even though the Cab is the dominant varietal in terms of percentage it definitely does not drive the flavor and character of this wine.
Deep purple in color with a nose of ripe cherries and red plum and a similar palate that finishes with a very slight hint of pepper. Primarily fruit forward with very little else to add to the character. This is still a nice wine with a lush mouth feel."
Annika says:
Hey, this wine is really, really good!
I am by far a wine expert. Maybe one day, when I'm retired and fabulous, I will be, but for now I am still really just starting to learn what I like. What I like is a good mix of sweet and spicy. Too much sweet and I want to gag, and too much spicy and I can't choke it down. For the most part, I have found that finding a blend on a restaurant menu and ordering it usually makes me happy.
What I really like, though, is the 2007 Kamiak Rock Lake Red. What I like is $14 a bottle.
I discovered this wine at Flying Squirrel Pizza Co. (my favorite pizza). It's a local wine, and I liked it so much that I went to Gordon Brother's Winery and bought a case. I think we've gone through about 8 bottles so far, and I'm still not tired of it. In fact....I'm drinking it right now.
It's fun to have a favorite wine. I still even order it when I'm eating out- but mainly because it's fun to be all, "Oh, you have the 2007 Kamiak? Oh I just looove that wine!"
Posted by Naka and Raj at 8:54 AM No comments: 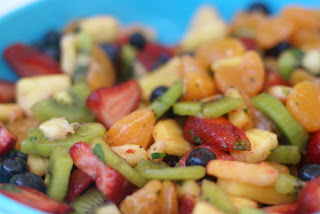 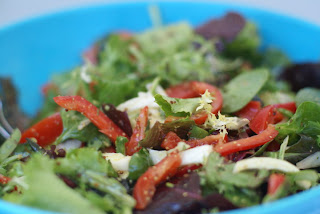 Last weekend, with some fantastic help, I made the food for a brunch with some great old friends. 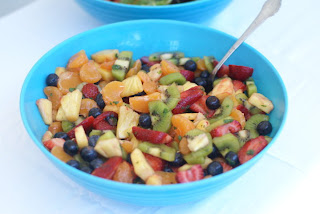 Nothing special. Just a couple of salads and some bagels. 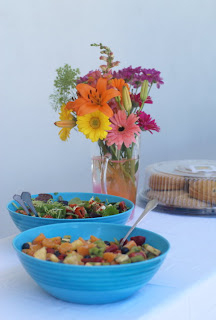 She made it look beautiful. 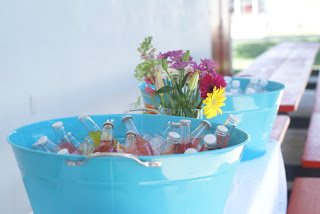 I wish you were closer to me!

www.cierraperaphotography.com
Posted by Naka and Raj at 8:13 PM 2 comments:

Have you tried pesto rice? 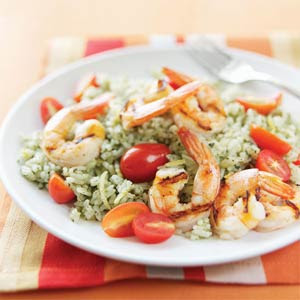 Grilled shrimp with pesto is one of my favorite mid week meals. It's fast, because I buy my shrimp already cooked from Pasta & Co. (I know that must be all too shocking, but nothing disgusts me more than shelling and deveining my own shrimp. It ruins the experience and I can't even eat it after.) Since I now live in a gluten-free home, I used rice as an alternative to pasta. To be quite honest, I thought this was going to be a substitution that was not as good as the original. On the contrary, it was really good. Using long grain white rice and mixing it with the pesto made a wonderfully creamy mix. I cooked 1 cup of dried white rice, and then mixed it with about 3/4 cup of pesto.
Posted by Naka and Raj at 9:57 AM 1 comment:

I know, I know this happens every June.... 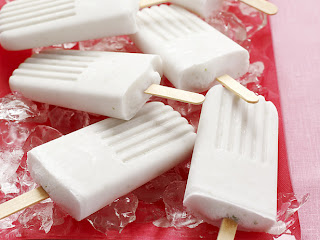 The rest of the country is basking in hot summer glory while Seattle hangs back in its 60 degrees and raining, pie making weather. 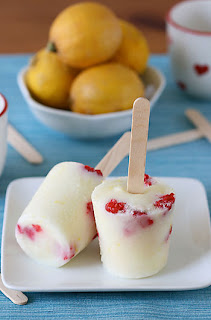 And while that pie was pretty friggin amazing, I am ready for a change. 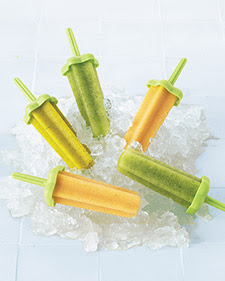 The rest of the online food world finds no problem with rubbing it in by posting all these beautiful and grand looking recipes for home made popsicles. 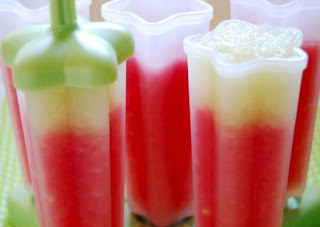 The weather report has told us that next week might finally be warm and sunny, but I'll believe it when I see it. 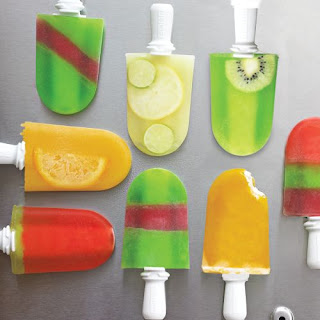 But just in case, I still might plan ahead by choosing one of these fantastic recipes to have ready for when the time comes. 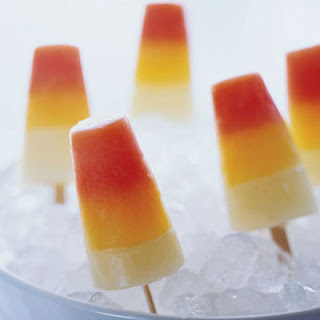 It's always good to be prepared, right? I don't need to make up a new recipe to try. There are fruitsicles aplenty online already.
{I need not mention how much healthier these are than store bought popsicles}
Here
Here
Here
Here
Here
And Here
Take your pick.
Posted by Naka and Raj at 9:24 PM 1 comment: