Pie is the New Cupcake

According to the NY Times at least. In a not so recent article (from November...where have I been?) Pie to Cupcake: Time's Up this hypothesis is proven.
I, for one, like this shift. 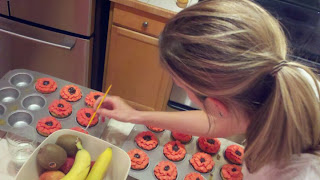 I was on the cupcake train for a good long time. Heck, I even worked making cupcakes at a cupcake shop for a while ("cupcake faeries" we called ourselves). So, you see, I don't have any ill will toward cupcakes. I think I will forever hold a special fondness in my heart for the taste of a Trophy Cupcake. Not to mention, cupcakes are great for a crowd and really easy to turn into little dessert flowers. But let's get down to the nitty gritty...the most important factors....what matters most when one is eating dessert...how many people can eat more than 1/2 of a rich, buttercream frosted cupcake without wanting to...yarp? 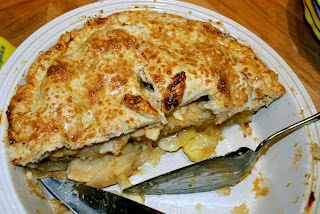 Not so with the pie. A fruit pie can go a long way, be satisfying and delicious, leave you filled with delight but not feeling like you sat down and ate two sticks of butter on your own. I suppose that's depending on what kind of pie you eat, but you understand my generalization.
So I say, bring on the pies NY Times! Let me have it!
Posted by Naka and Raj at 12:19 PM