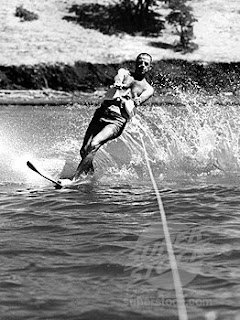 Water is definitely not what it used to be. I am reminded of this every time I step into my shower- already fixed with a shower head filter, mind you- and get a slight whiff of a swimming pool. Apparently my city water is treated with chlorine and who knows what else. Because of this, I try to filter my water as many times as I can before drinking it. I want pure water. But do I want to actually change my water?

Many companies are springing up around the globe stating that even pure water- water perhaps the way it has been for however many years this planet has been in existence- is not good enough. They are spreading the word that we need "water of the future." People are spending thousands upon thousands of dollars to change their water in the hopes that it will raise their health. Let me tell you the sales pitch of these companies:

They begin with what is fact: pH is the balance between alkaline and acid. I'm not sure why, but a low pH (or acid) is on a scale anything from 0-6, and a high PH (alkaline) is anything from an 8 -14. 7 is neutral- representing a balance between acid and alkaline. Here is a more lengthy definition. Water should have a pH of 7, or neutral. Nutrition and health is based on that balance. We want our bodies to be receiving a balance of acid and alkaline from the foods that we eat. Unfortunately, the lifestyle and eating habits of most people around you (and probably you yourself) are making our bodies too acidic from eating more meats and grains rather than fruits and vegetables, thus creating an imbalance. This can result in lethargy, obesity, illness and diseases, or general lack of health.

That's where the facts end. I don't pretend to understand all the science around this, but apparently these machines which companies are selling somehow separate ions, change minerals, and make water more alkaline (wikipedia). To give credit where credit is due, I need to say that the water has been confirmed scientifically to be altered by this process. However, what is untested and unproven, except for consumer testimonials, is that this ionized or alkaline water helps restore balance and health back to the body just by drinking it. Skeptical? Me too. Which is why I did some research, consulted some nutritionists, and basically came full circle back to the fact that all my initial instincts about this water were correct:

First of all, I am skeptical of anything sold by companies that can make you healthier simply by consuming their product, but not changing one's lifestyle. Keeping the placebo effect in mind, I wonder if all the testimonials of people who lost weight, felt more energetic, were relieved from arthritis, etc. became so because they were accidentally being more healthy in general when they began to use this water. Perhaps just drinking more water in general rather than so much juice and soda helped??

Second, I question anything that claims to make you healthier that was produced from a machine. During my research, I found that you can produce the same alkaline effect on your water that these $4000 machines do simply by diluting a small amount of bleach in your water. Sounds tasty, right? The one thing that may be valid from the aqua-mehcanical (I made that term up!) process is that the water contains more antioxidants. Essentially, you may be paying for some very expensive man-made antioxidants that only work a fraction as well as ones that come from food and are made in nature!

What the nutritionists brought to my attention I found rather comical. Water is neutral for a reason. Almost everything we consume is acid. Even fruits and vegetables become alkaline in our system only after we have broken them down. The only things we eat that have any alkaline in them are milk, and baking soda (also milk of magnesia, which is comparable to Pepto Bismol). Our stomachs are full of acid for digestion. "...if we had a bunch of alkaline foods, our stomach pH would be neutralized and digestion impaired. I know that with the acid/alkaline diets, they talk about the effects after digestion, therefore bypassing the whole dilemma of the stomach. However, this cannot be true for alkaline water- it's going in alkaline, neutralizing stomach pH, and doing bad things to your digestion!! Well, that is, assuming the purifiers really work."

My conclusion: exercise, eat lots of fruits and vegetables, and drink lots of natural water. Now how's THAT for futuristic thinking?

You know there is a girl we used to go to school with that sells this stuff... the link is rsvpforlives.com interesting.... Also I found this blog: http://www.cakewrecks.blogspot.com/ and thought of you!

Interesting. I recently went to a Kangen water presentation and I was torn between totally skeptical and totally convinced. Their demo was compelling, yet, how can it be that I need a 4000 thousand dollar machine to achieve health? I've been searching the internet trying to find objective info. I did find however, that certain bottled waters have a higher ph, making them less acidic (such as Fiji) than reg. bottled water. I find it overwhelming to think that I have to drink water...but wait, make sure it's purified...oh yeah, it has to be alkaline...but make sure it has minerals....and it has to be dechlorinated, so it should be reverse osmosis, but wait, reverse osmosis is "dead water", and on and on. Sheesh...

For everyone who is curious about trying Alkaline water...call me at 888-922-7778 and i'll let you sample the water Free...Change your water...and really change your life! If i continued to buy Fiji water like i used to a year ago. In a 15yr. period i would have spend $90k on the bottle water scam! Give me a call and ill fill you in on where Fiji water really comes from!... and I can answer any objectives any of you might have.We are on a mission to help one person at a time understand the Truth about water...Cierra i love you girl!
Stephanie & Varna
www.rsvpforlives.info

Stephanie- is this what you sell? I would definitely be interested in hearing your take on it. I totally agree with you that bottled water is the biggest marketing scam ever invented!

Yes Naka and Raj, I Absolutely sell Kangen water machines! I bought my machine a year ago, and i thank God every day for giving me a tool to help people heal their bodies naturally.We have many testimonies! All the machines FDA approved, the FDA just doesn't want you to know you can hook up a machine to your tap water and get off prescription drugs...check out this link below its one of our clients and friends
http://cbs2.com/video/?id=112148@kcbs.dayport.com
Call me, i'd be happy to answer any questions you might have.
888-922-7778
www.rsvpforlive.org

It was certainly interesting for me to read that blog. Thanx for it. I like such themes and anything that is connected to them. I would like to read a bit more soon.