Food as Fashion as Food...Part 2 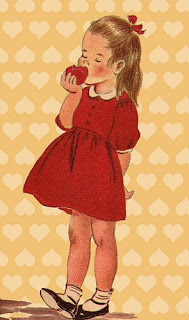 I just read this article, and I found it so funny that I thought I'd share it with you. It's much shorter that the article I left you a few days ago, and couldn't be on a more different subject.

If you are not familiar with Forever 21, it is a clothing store that makes trendy, inexpensive clothing for young women. The appeal is that they are very quick to have "of the moment" pieces hit their stores fast for a lot less money than other places. Trovata, on the other hand, is a very high end, very expensive designer of beautiful clothing.

"Forever 21 has been sued roughly fifty times for selling clothing that looks suspiciously like the work of other designers, but up until now, every one of those cases was settled out of court. On Tuesday, however, local label Trovata brought the mega-retailer to trial, and the resulting ruling could have far-reaching consequences for designer knock-offs.

So far, as the Cut pointed out, the case sounds like a battle of the metaphors. Trovata's lawyer compared his clients to composers: "The notes, the chords, the sharps and flats are all known; it is the way they are combined and arranged that make new music.” But Forever 21's lawyer seems to know the real way to the jury's heart. He countered:

Much like a recipe for something like apple cobbler, Trovata is saying they didn’t invent the apples or the cinnamon or the sugar, but they are claiming the right to the combination.

This is, of course, a time-honored legal maneuver known as "distracting the jury by mentioning dessert," and it definitely works, because all of a sudden we're much more interested in cobbler than justice."

So this made me think again about something I've thought about before. How do recipe copyright laws work? Are there any? How can someone mix together apples, cinnamon, and sugar and make sure no one else makes money from mixing those together? What does the variance on a recipe (half a teaspoon? more?) have to be in order for it to be printable in one's own cookbook? It can certainly be done with music, so there MUST be laws with food, also. Or is that why businesses keep recipes so secret?

Funny article. I had not heard about that. I don't think traditional recipes can be copywrited (copywrote?) But I bet signature recipes from Chefs like Wolfgang Puck or whoever are. Its a good question. You should find out the answer :)