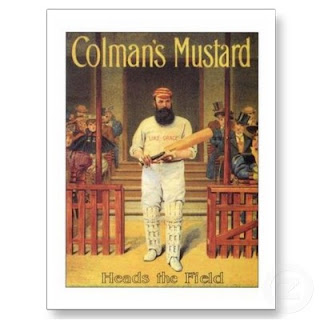 I have never been a mustard fan. This has always been a sad reminder that hangs over my head reminding me that no matter how hard I try, I will never truly be a European (I know, I know, that little red EU passport is also a minor detail). Try as I might, if I was honest with myself I would say that whatever I was eating would have tasted better to me sans mustard- dijon, French's, whatever. Now I realized I was just uneducated.

I discovered whole grain mustard a couple months ago when I was making a turkey, spinach, and potato hash. It called for 1/4 cup of the mustard. It was obvious while eating it that the whole grain mustard made the dish. Then again, about a month ago, I made a beef stew, and what made it super tasty? Oh, yes. Another 1/4 cup of whole grain mustard! It just turns out that it makes everything....just plain better. It's definitely another one for the "make people think you did something really fancy" list. It acts like a secret ingredient. It's not sour and acidic like other mustards. It's just more tart and flavorful.

Now I won't have to feel bad about now getting the nutritional value of the superfood known as mustard. Do you know how healthy this stuff is? Speed up your metabolism, improve digestion, decrease cancer cell growth, help migranes, asthma, arthritis....I pretty much put a spoonful in and on everything savory that I cook now.

By the way, my favorite brand is Maille. You can for sure get it at whole foods, and probably other stores, too.
Posted by Naka and Raj at 1:50 PM

mmmmm I love whole grain mustard. It also has like NO calories so it is the perfect condiment when on a diet :)