If anyone is interested...Here is a list of recent (and by recent, I mean the past year) purchases for my kitchen that I am happy with. 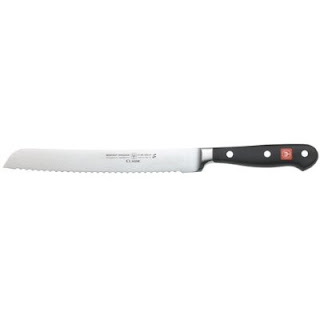 Wusthof Classic 8" bread knife. I debated adding to my Bob Kramer for Shun collection, but I decided that the bread knife was entirely too large. I wanted mine to be handleable (not a word, I know), and opted for this nice little size (and 25% of the price). 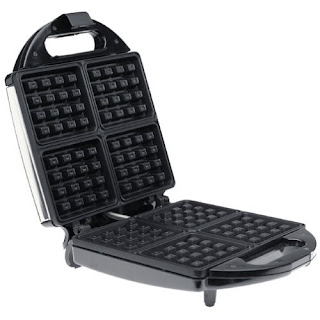 Krups Belgian Waffle Maker. I finally broke down and purchased this. I have to say, it doesn't have the best reviews (it doesn't have the worst, either), but it is working just fine for me. Now my waffles are all crisp on the outside and soft on the inside like I like them. 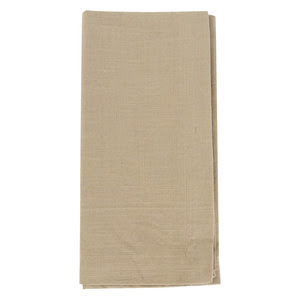 Mitered Hem Napkins. I have wanted cloth napkins for a long time, but took a while to find the right ones. I want napkins that I can abuse and have them still come out of the wash fine. And who in their right mind would buy dry clean only napkins? 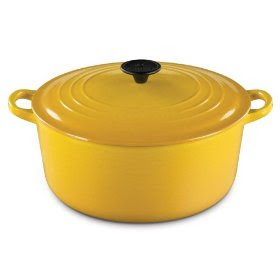 Le Creuset 7 1/4 quart round French oven. I bought this today! Just as I was lamenting to my husband that sometimes I feel unequipped for large party cooking, and as he was responding that Le Creuset never goes on sale, we saw it. Sitting on a shelf at Sur La Table, shining like the sun in all it's discontinued "Dijon" glory. It was marked down 30% off, which was enough for me to bring it to the register to buy, but even better when the sales girl took an extra 20% off that. The final price was $150 for a $365 pot that will be of infinite value to me. Cha-ching!

Now, I want a splatter screen, but refuse to pay $59 for one out of principal. Any suggestions?

Also, seeing as my blender smells like burning motor every time I use it (which isn't actually that often), I am on the lookout, but not in a hurry. I like this one: 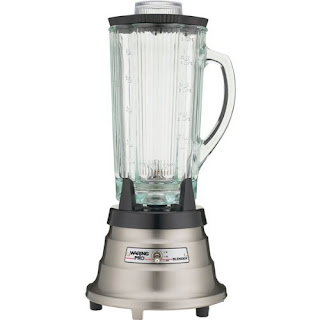 Waring Professional Bar Blender. But it can wait.
Posted by Naka and Raj at 3:13 PM