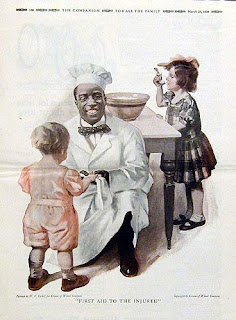 I remember eating cream of wheat many-a-mornin' while I was growing up. It used to be one of my favorite breakfast foods before being home schooled by my mom. By third grade we were done with home schooling and off to a regular school like everyone else. There was no more time for morning meals that took 30 minutes or more to cook, and somehow cream of wheat just got lost in the hustle and bustle of life.

I saw cream of wheat (Bob's Red Mill "Creamy Wheat" to be exact) at the store a while back and picked it up. I had completely forgot about it until the other morning, when, due to the lack of eggs and other foods being present, I decided to try it out again.

Do you guys remember how good this stuff was? It's still that good! There just something about wheat that has been refined to smithereens (did I spell that right?) and covered in butter and brown sugar...mmmm.....No, it definitely does not meet the definition of a "whole food," but at least it's all natural! And while in my world cream of wheat dates back to the 1980's, in the real world it was invented in 1893 (according to Wikipedia).

So I think I might be eating it for dessert from now on- as I so often do with sugar cereals and other sweet breakfast foods- but I'll definitely be eating it again.
Posted by Naka and Raj at 7:37 PM

I made the mistake one tired night whilst preggers to make this for my then two year old Courtney. Well anytime you do something for the first time with young children they often assume that is "right way" to do it and the only way. So from that moment on she LOVED cream of wheat and was HORRIFIED when I tried to make it for breakfast after that!

It was so yummy. good old comfort food.