Someone You Need to Know About 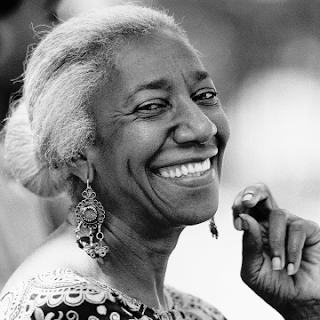 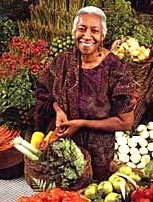 Edna Lewis is has been called Julia Child's answer to the south. Unlike Julia, however, Mrs. Lewis is not really a household name; most non-cooks will never hear her name. Once a person starts to get in the world of food, though- to really start cooking good food, her name begins to pop up everywhere.

Edna was the granddaughter of freed slaves. She grew up learning how to cook in the most beautiful, old fashioned ways- using a wood burning stove, measuring ingredients by piling them on coins, and just knowing by instinct when things were done.

Unluckily for her, but luckily for the rest of the world, in the 60's she broke her leg and was forced to stop cooking in restaurants for a long period. During this time, she wrote The Edna Lewis Cookbook and The Taste of Country Cooking. The latter "was one of the first cookbooks by an African-American woman to reach a nationwide audience and is credited for starting the interest in genuine Southern cooking."

What is most special about her books, besides the wonderful recipes, are the stories about growing up in the south. It's like the Little House on the Prairie of southern food. Even if you are not one who likes to cook, you could almost just read her books like regular novels. If you are a cook, her books inspire like none other. I encourage you to check them out!